The Crumlin/Leinster Open Tournament was hosted this year by Crumlin Bowling Club. The event which took place over 7 days concluded with the finals played on Sunday 8 August at Crumlin. Much credit for the success of the Event is due to the Tournament Controller, Noeleen Kelly and her committee who worked tirelessly to ensure its success. The tournament committee of the Leinster Bowling Club were also involved. Bowling throughout the week and especially in the semi-finals & finals was of a very high standard and a joy to watch. At the prize giving ceremony, the President of Crumlin BC, John C. Lee welcomed those present and thanked all who participated in the tournament and helped make it a success.

Neoleen Kelly thanked the tournament committees at Crumlin & Leinster for all their hard work with a special thanks to the ladies who worked in the Kitchen all week and to Denis Patrick who kept the bowling green in top class condition. Noeleen thanked Leinster, St. James’s Gate, CYM & Kenilworth Bowling Clubs who made their greens available for the competition. Finally Noeleen thanked the sponsors, whose continuing support make the tournament possible.

Many thanks to all who participated in the competitions during the week and to Markers and helpers. A special thanks to Eileen Smyth who meticulously checks the score cards and updates the wall charts at Leinster. 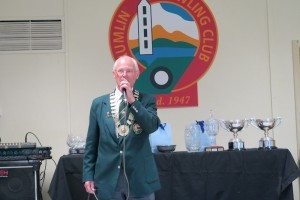 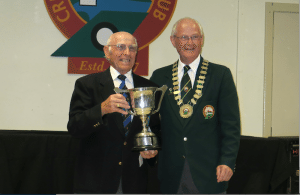 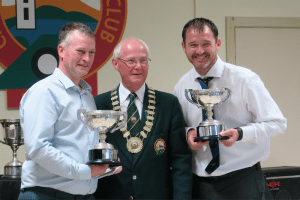 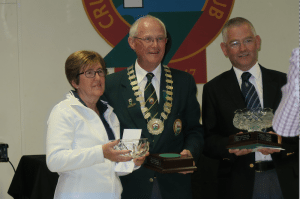 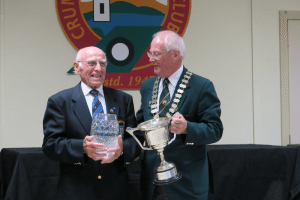 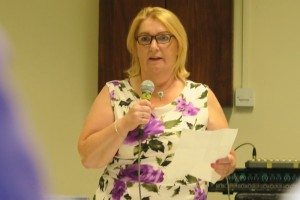 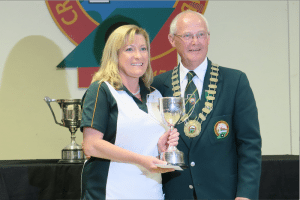 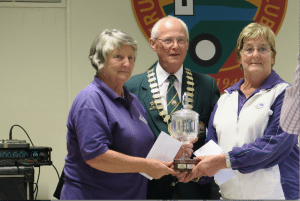 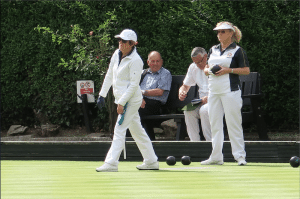 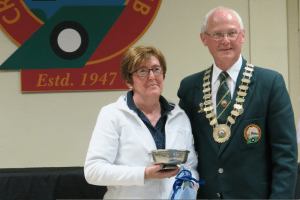