Captain Pat MacDonagh, who has a proud record in tournaments and national/international competitions, was delighted to win this tournament having been runner-up on four previous occasions, so perseverance can pay off !!

Well done to all participants and congratulations to the winning Leinster team. 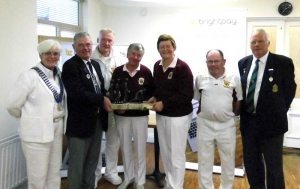