The final of the Veterans League between Leinster & Dun Laoghaire was played at Kenilworth B.C. on Thursday morning 11 September.

The match was played in a competitive but friendly manner and there was great banter across the two rink. It was a nice morning to play bowls, warm with bright sunshine and the green was in excellent condition.

Before the match commenced the President of Kenilworth, Alex Davis called for a minutes silence as a mark of respect to the late Sheila Gordon whose funeral was taking place that afternoon.

Brian Morton was the Umpire and Pat Wall the B.L.I. League Secretary presented the Veterans Trophy to Leinster Captain Arthur McMullen. Pat congratulated both teams on reaching the final and for the excellent bowling and good conduct throughout the match. Arthur paid tribute to the Dun Laoghaire team and wished them good luck for this event next year, he reminded them that Leinster had to wait since 2003 to win again for the second time. 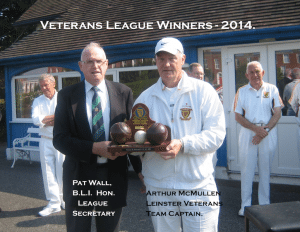 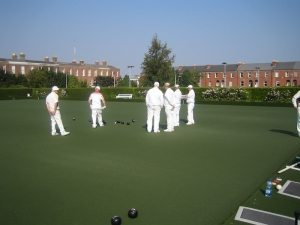 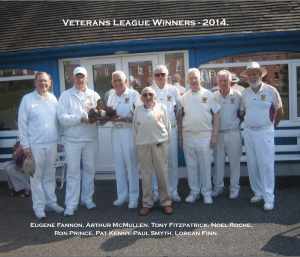 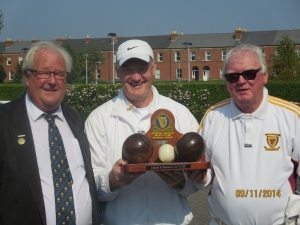