Last Season during a visit to the Ladies Championships in Ballymena, a member from Leinster Mens Section invited a colleague from N.I. to Dublin for a friendly match. Yesterday, Friday 20 June, in response to that invitation a team of bowlers from the Veterans section of the Northern Ireland Provincial Bowling Association (N.I.P.B.A.) arrived at Leinster. They were met on arrival by President Pat Kenny, Veterans Captain Arthur McMullen and Ron Prince (B.L.I. President 2013).

Following tea & sandwiches, the match (four rinks) got underway at 2.00pm. The weather was ideal for bowling and the match was played in a friendly manner with great banter across the rinks. The match concluded with both sides having two rinks up & two rinks down, a fitting result for the occasion. Both teams then retired to the Bar for much needed liquid refreshment. A substantial meal was provided for both teams by our lady member Mary Kenny. 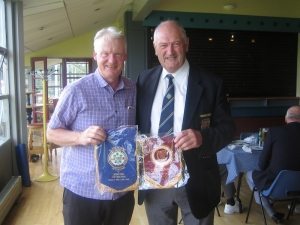 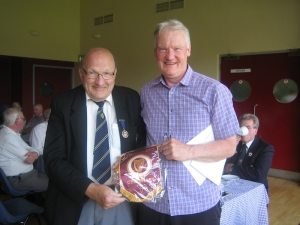 Presents were exchanged between Arthur McMullen and Richard Conkey, Secretary N.I.P.B.A. and Jim McIlroy, President of the Veterans Association. Before departing Leinster our visitors invited the Leinster Veterans team to a friendly match at Coleraine Bowling club. 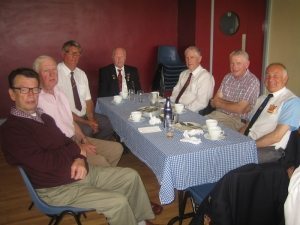 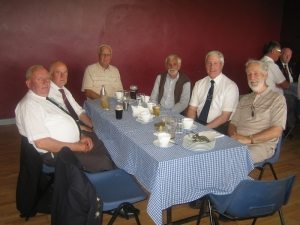 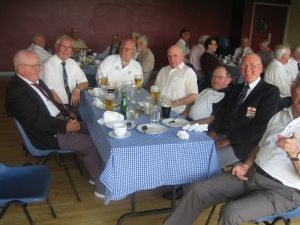 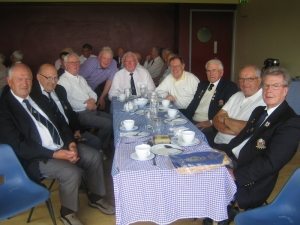 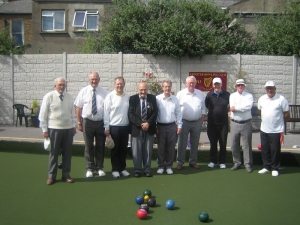 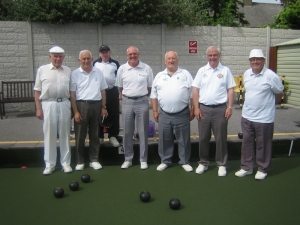