Twenty five members of the Veterans section of the NIPBA visited Leinster B.C. on Friday 17 June for what is now an established annual challenge match between the two sides. This is the third year of this event and the second visit from NIPBA. Last year Leinster travelled North to play a NIPBA selection team at Belmont B.C. On arrival at Leinster it was nice to see many familiar faces, Richard Conkey, Robert Madden, Jackie Hutchinson, Jim McIlroy & Neville Lamont to mention but a few. Light refreshments were provided for the visitors by Marie Fitzpatrick and Agnes Gillick.

As in previous encounters, the match was played in a friendly but competitive spirit and on this occasion Leinster were the victors, this result tie the series to 1.5 matches each. The weather was kind to us on the day.

After the match the players adjourned to the bar for a well deserved “quencher” and then to the Function Room for a nice meal provided by Michael Lennon Catering. Leinster Bowling Club President, Eugene Fannon welcomed the visitors and requested Club Captain, Lorcan Finn to say “grace”. After the meal, NIPBA President, Richard Conkey addressed the gathering. He thanked Leinster Veterans’ Captain, Arthur McMullen for organising an enjoyable and successful event and the Leinster members for making them welcome. Richard said this annual event is so popular that they had 37 members apply to play this year. Finally Richard thanked the Caterers for an excellent meal.

Arthur McMullen thanked Richard for his kind words, he thanked NIPBA Secretary, Noel Linton for his assistance in organising this event with NIPBA. Arthur thanked the Leinster members for their support and the guest players from Dun Laoghaire, Westmanstown, Greenhill and St. James’s Gate Bowling Clubs who contributed to the success of this event. Arthur announced that NIPBA Veterans invited Leinster Vets to a return match in the North next year and the invitation was accepted. Arthur thanked the following: Michael Lennon Catering, President Eugene Fannon, Ron Prince (Treasurer for the Event), Tony Fitzpatrick, John & Peter McArdle, Ronnie in the bar and Robert Kenealy for the cleaning of the Green. Finally Arthur thanked Marie Fitzpatrick & Alice Gillick

The Leinster Vets take this opportunity to thank Arthur for the trojan work he has done over the past three years which has made this event so popular and enjoyable to so many Veteran Bowlers North & South. From the time the train arrived at Connelly Station on Friday afternoon until its departure that evening, the transportation, reception, match play and meal were planned and timed to perfection by Arthur. Thank you Arthur. 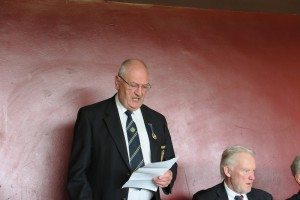 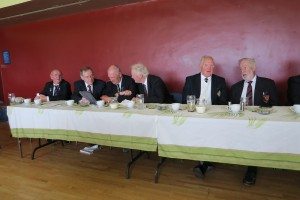 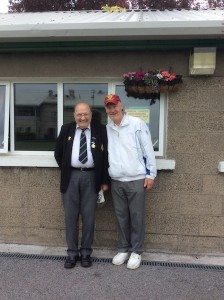 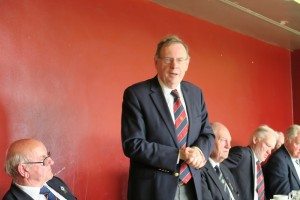 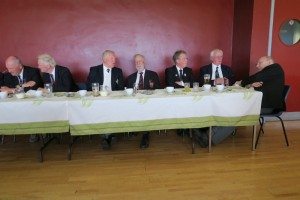 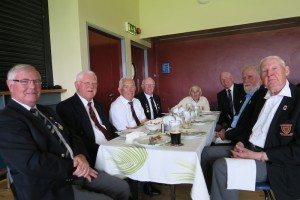