Unfurling the Flag at Leinster, 2017.

Home/News/Unfurling the Flag at Leinster, 2017.
Previous Next

Unfurling the Flag at Leinster, 2017.

The annual unfurling the flag ceremony was held at Leinster on Saturday afternoon 1 April 2017. Past President, Eugene Fannon asked the members to observe a minutes silence as a mark of respect to our late President Jack McCarthy R.I.P. who passed away last month. Eugene then presented the presidential chain of office to President Lorcan Finn.

President Lorcan unfurled the club flag and raised it high on the flagpole, he declared the bowling green officially open for 2017. The President welcomed the members and wished them an enjoyable and successful season ahead. The President rolled the the jack and the Ladies’ Captain, Pat MacDonagh and the Club Captain, Robbie Meany rolled the symbolic first woods of the season. The Hon. Secretary, Maura Donovan made presentations to the President and the two captains.

This was followed by Tripples matches on 3 rinks. The winning team members were Tony Fitzpatrick, Ron Prince & Pat Kenny. The event concluded with tea & sandwiches in the bar. 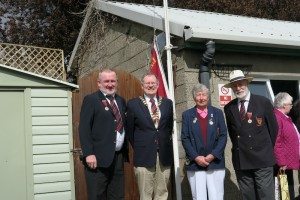 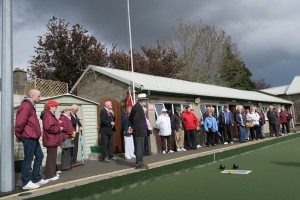 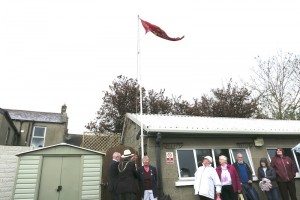 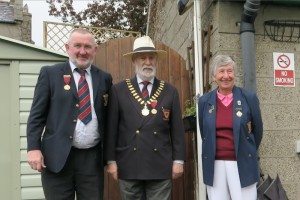 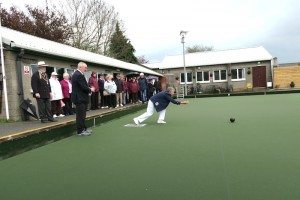 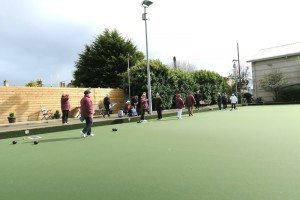 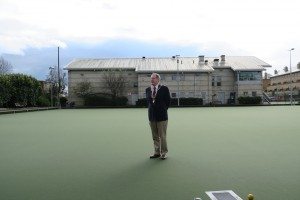 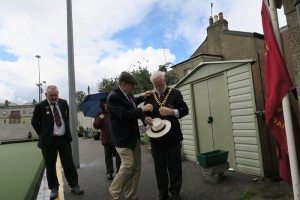 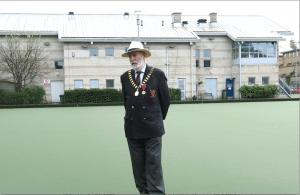 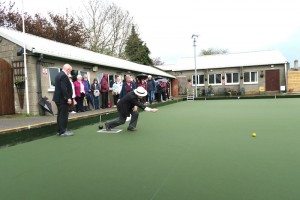 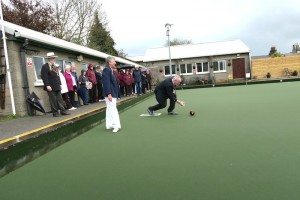 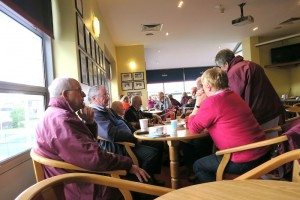