The Annual Dinner & Prize Giving Event was held in the Function Room on Friday evening 21 November. There was a good attendance and the President, Pat Kenny welcomed all and introduced the invited guests. The guests were: Niall Carroll President LCC, Declan & Marian O’Neill, Michael & Anne Dunne all from Bray Bowling Club and Desmond Conaghey LBC.

The President asked for a minutes silence in memory of Joe Davies, a much respected former member and past President of the Bowling Club who died recently. May he “Rest In Peace”.

The President recited “Grace” and this was followed by a substantial meal, efficiently served by the staff of Michael Lennon Catering. Following the meal the President, assisted by Competition Secretary, Mary Kenny and Club Captain, Robert Meany presented prizes for the Club Competitions. A detailed list of Winners & Runners-up can be found under NEWS/EVENTS – Club Competitions 2014.

The “Person of the Year” Award was presented to Marie Fitzpatrick in recognition for her trojan work over many years in the service of the Club.

The Men won the Veteran’s League and were runners-up in the finals of the Sixsmith Cup and the O’Leary Cup (over 55’s). Paul Smith won the Champion of Champions (third time). The Men also won the Gate Triples.

Indoor Bowling League 2013/14. A mixed team won Division 1, the Triples & the Rinks. The second team were runners-up in the Rinks and Nicholas Smyth was runner-up in the Singles. 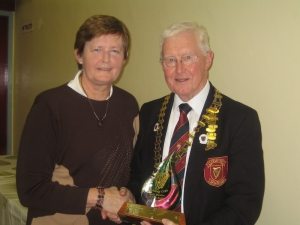 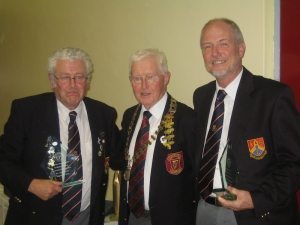 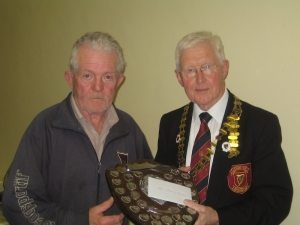 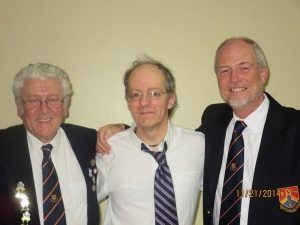