The Annual Dinner & Presentation of Prizes was held at Clontarf Bowling Club on Friday 31 October 2014. There was a large attendance of members from affiliate clubs.

The B.L.I. President, Ronnie Shellard welcomed all and introduced the guests, many of whom were from Bowling Associations in Northern Ireland.

“Grace” was said by Fr. Eugene McCarthy C.P. and this was followed by a fine meal, provided by Clontarf Bowling Club.

The presentation of prizes to winners & runners-up in the League, Cup and B.L.I.Championships followed. 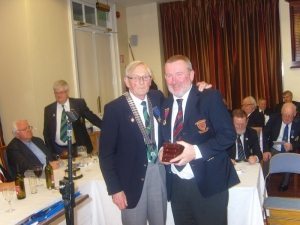 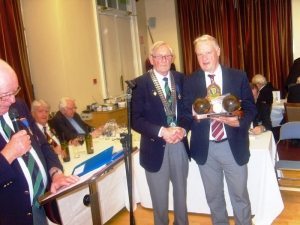