The final of the Winter League Competition between Leinster and Dun Laoghaire was played at DLGC Bowling Green in Enniskerry on the afternoon of Saturday 12 March. The weather, although cold was ideal for bowling and the match was played in a friendly but competitive manner. Leinster who previously won the League in 2014 & 2015 were again victorious, beating Dun Laoghaire  by 9 points. Ron Prince was the Leinster A team captain and the Dun Laoghaire A team captain was Edna Cashell. The Umpire for the match was Ian McGee.
Following the match a substantial meal was provided at the DLGC Club House for players and guests.
The AWBA President, Lorcan Finn & Competition Secretary, Paul Whitney presented the prizes.
Other AWBA Officials at the top table were: Alan Squire (Webmaster) & Ron Prince (Treasurer).
Guests included BLI President, John Leonard & LBLI President, Jacqui Byrne. 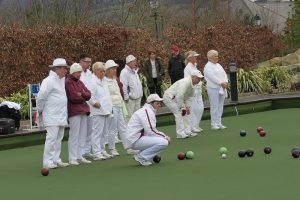 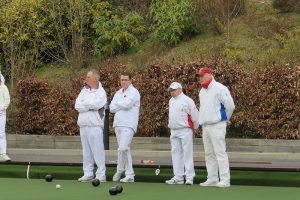 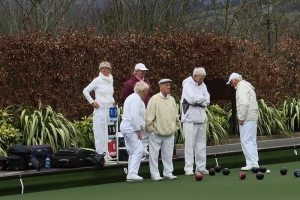 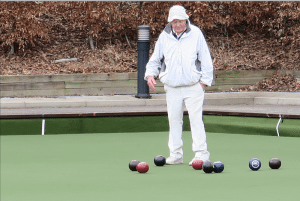 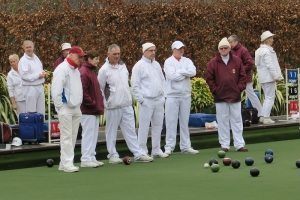 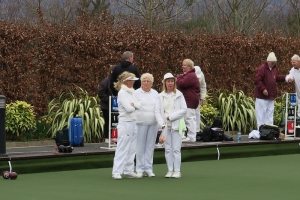 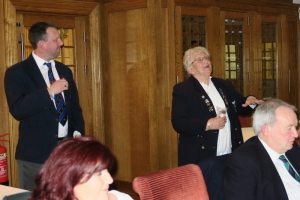