As part of the drive to increase membership, the Development Committees of participating Bowling Clubs have introduced a new league named the Novices’ League.

League matches will be played on Sunday mornings at 11.00am and the league will run from November 2022 until January/February 2023.

The first league matches of this session were played on Sunday 27 November and Leinster played Greystones at Dun Laoghaire Bowling Club. 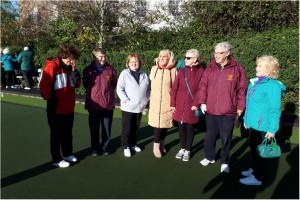