Home/News/President’s and Captains’ Day 2018.
Previous Next

The annual President & Captains’ Day event was held last Sunday 24 June at Leinster. There was a good turnout  of about 40 members and visitors. The President, Lorcan Finn welcomed all & wished them a pleasant afternoon playing bowls. Each rink player 12 ends in a afternoon of glorious sunshine, not a cloud in sight. The occasion was a light hearted event of fun bowling with some visitors getting instruction on how to roll the wood as the match progressed, there was the occasional shout of “wrong bias”.

After bowling, the members and visitors adjourned to the bar for much needed liquid refreshment. Later a delicious salad meal was provided in the Function Room. Following the main course, President Lorcan & Captains Annette and Robbie carried out the symbolic cutting of the cake which was served as dessert with tea and coffee.

The Ladies Captain Annette addressed the gathering, she thanked those who came along to support this event, she thanked the ladies for their continuing support to her and she gave “good luck” cards the ladies who will take part of the LBLI/ Inter Association matches this coming weekend in the North. The participating ladies are:

The Mens Captain Robbie presented prizes for the bowling competition to the following: 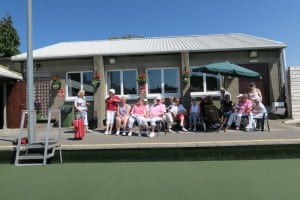 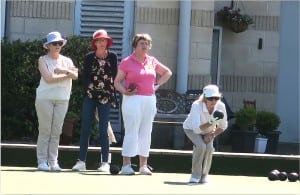 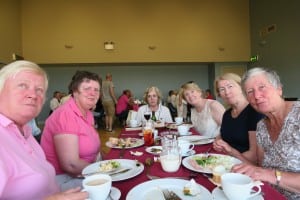 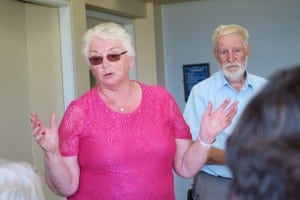 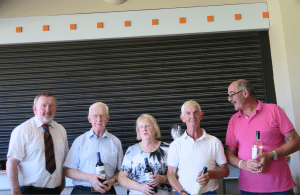 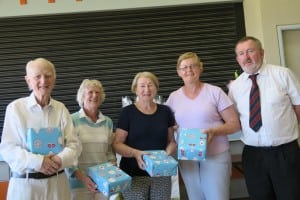 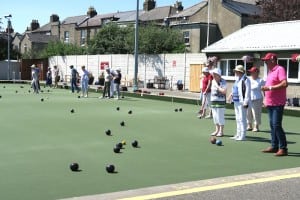 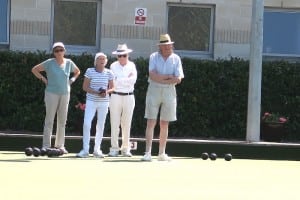 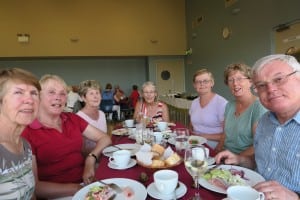 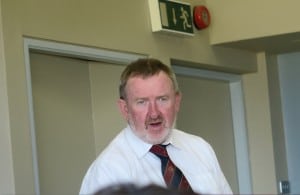 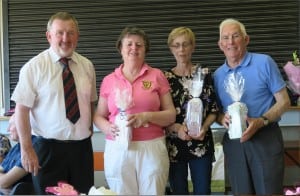 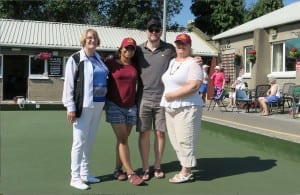 To see more photos of this event, click President and Captains Day 2018.