A select team of veterans from the N.I.P.B.A. ( Northern Ireland Provincial Bowls Association) visited Leinster B.C. on Friday 8 June for what is now an established annual challenge match between the two sides. This is the fifth year of this event and the third visit from the N.I.P.B.A. veterans.  Light refreshments were provided for the visitors on arrival. Last year Leinster travelled North to play a N.I.P.B.A. select team at the N.I. Civil Service Club at Stormont.

As in previous encounters, the match was played in a friendly but competitive spirit and on this occasion Leinster were the victors, this result tie the series to 2.5 matches each. The weather on the day was very warm and provided ideal conditions for bowling.

After the match the players adjourned to the bar for a well deserved “quencher” and then to the Function Room for a nice meal provided by Michael Lennon Catering. Organising Committee member Ron Prince outlined the scores for the day and stated that both sides were now even with 2.5 matches each over the five events. Ron thanked the Leinster members for their support and the guest players from other B.L.I. clubs who contributed to the success of this event. Ron asked  the Leinster President Lorcan Finn to say a few words.

Lorcan welcomed our visitors, he commended them for their sportsmanship on the rinks and remarked on the friendship which has developed between both sides over the years. Lorcan wished them an enjoyable bowling experience for the rest of the season in their respective clubs.

Jackie Hutchinson, President of the Veterans Section of the N.I.P.B.A. responded to Lorcan. He thanked the Leinster Organising Committee Secretary, Eugene Fannon and their own secretary, Richard Conkey for their work in making this event possible. He thanked the Leinster members and guest players for the welcome they received on arrival and for an enjoyable afternoon of bowling. Finally Jackie thanked the Caterers for an excellent meal.

The N.I.P.B.A. Veterans select team comprise players from many clubs in the Province, one player was on the road at 6.0 am, he drove 8 miles to the nearest rail station and got a train to Belfast where he joined the other players for the trip to Dublin. He expects to arrive back at his home at about 11.0 pm. This is a popular event. 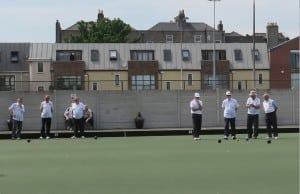 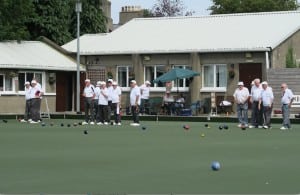 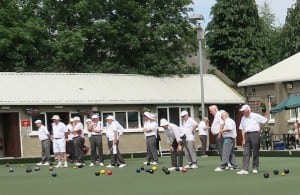 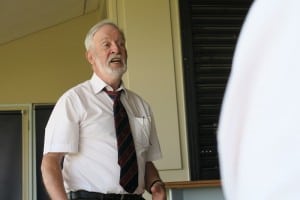 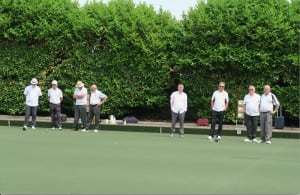 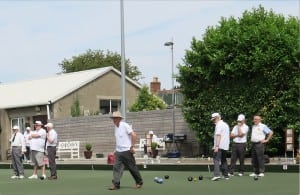 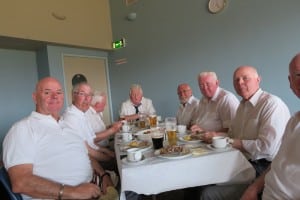 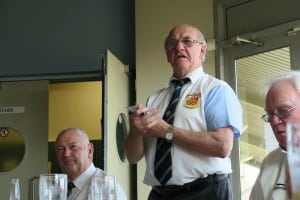