A mixed team of men & ladies from Purley Bowling Club visited Leinster on Thursday 15 September 2016 for the penultimate match of their tour. In the preceding days the team played at Greystones, Bray & Shankill bowling clubs. Their final match will be at CYM Bowling Club on Friday.

The Leinster President, Eugene Fannon welcomed the visitors and wished both teams a pleasant afternoon bowling.

The match was played in a competitive but relaxed and friendly manner across 6 rinks and was most enjoyable. The visitors, who normally play on grass greens, played exceptionally well on the artificial surface and on completion of 18 ends, there was 4/5 points difference in the final score. Both teams retired to the Bar for much needed liquid refreshments and this was followed by a meal in the Function Room.

After the meal, President Eugene addressed the gathering, he gave a brief outline history of the Leinster Bowling Club and thanked the Purley players for their sportsmanship which contributed so much to an enjoyable afternoon. Eugene thanked members of Leinster who were involved in the arrangements for this event and in particular Hon. Secretary Maura Donovan.

Leinster Bowling Club are delighted to have participated in the Purley Bowling Club tour circuit, we wish them a safe journey home on Saturday and many more years of successful bowling. 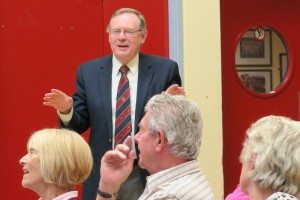 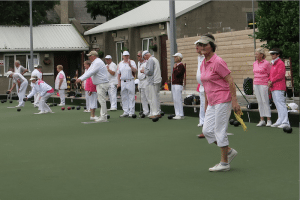 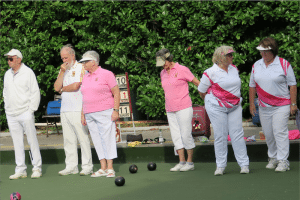 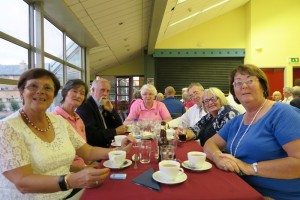 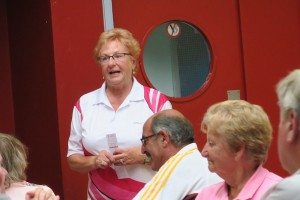 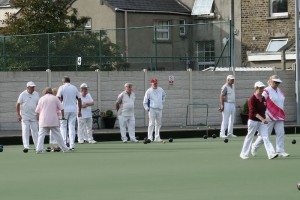 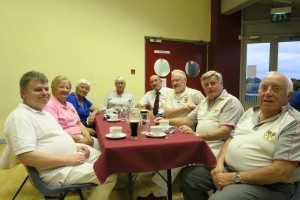 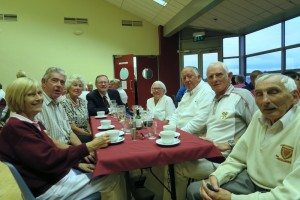