The Winter Social Bowling Christmas Buffet & Prize Giving event was held on Wednesday 14 December at Leinster.  This event concludes the first session of the WSB matches, the second session will commence in early January and run until the end of March 2023. This session was well supported by members from Leinster and members from other clubs who availed of the Winter Bowling Membership which extends from 1 October to 31 March every year.
Each session consists of two competitions, the Wednesday Tournament with matches played in the mornings and afternoons and the Friday Tournament with matched played in the mornings.

Mary and Pat thanked all who participated in the first session of the competitions, wished them a Happy Christmas and looks forward to seeing all in the New Year. 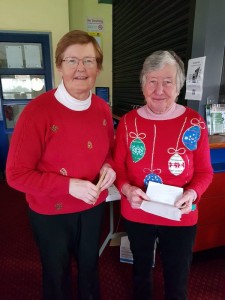 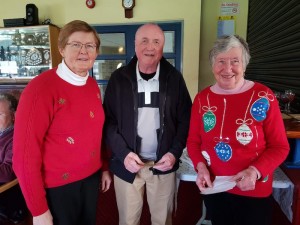