The O’D Cup Final between Kenilworth & Greystones was played at Leinster on Sunday 7 September. Leinster President Pat Kenny welcomed both teams and introduced B.L.I. President Ronnie Shellard. Ronnie addressed the teams, he congratulated them on reaching the final and wished them good luck and a pleasant afternoon bowling. Ronnie introduced Ron Prince (Leinster) as the Umpire for the match, Ron stepped in at the last minute to replace the designated Umpire who was indisposed. Shortly after the match started, Ronnie Shellard left Leinster to attend B.L.I. engagements in Clontarf and Aer Lingus Bowling Clubs.
The match was played in ideal conditions and Kenilworth got off to a good start and had a commanding lead on Greystone at the half way stage. However Greystones fought back  with great determination, closing the gap, the final score was Kenilworth 78, Greystones 60. The match was played in a friendly but competitive manner and there was some skilful bowling on both sides, well done to all.
After the match, Leinster provided meals for the teams and officials, compliments of the B.L.I. Ron Prince (B.L.I. Past President) presented the O’D Cup to Paul Doddy, captain of the winning team. Paul accepted the Cup on behalf of Kenilworth, he praised his team for their success and complimented Greystones for their effort. Other speakers were: Tom McGrath, Team Captain Greystones and Alex Davis, President of Kenilworth Bowling Club. 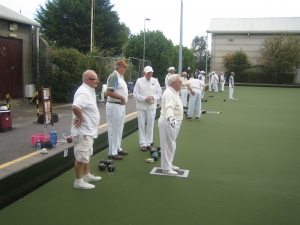 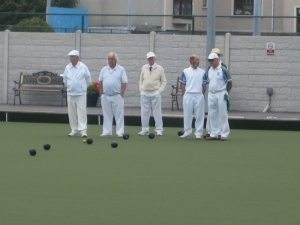 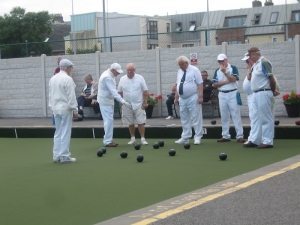 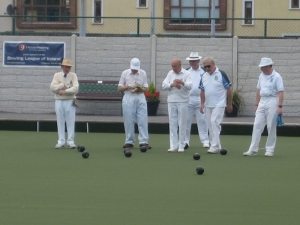 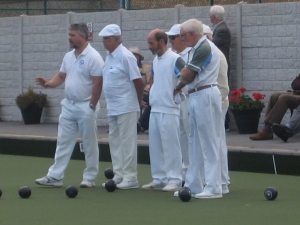 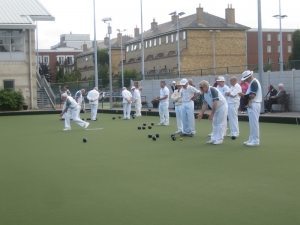 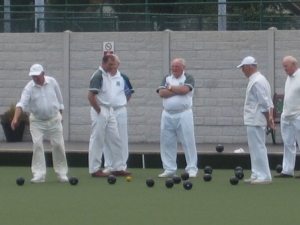 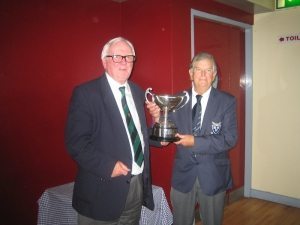