Unfurling the Flag at Leinster, 2019.

Home/News/Unfurling the Flag at Leinster, 2019.
Previous Next

Unfurling the Flag at Leinster, 2019.

The annual unfurling the flag ceremony was held at Leinster on Saturday afternoon 13 April 2019. The President, Peter McArdle asked the members to observe a minutes silence as a mark of respect to Irene O’Brien & Margaret Meehan who passed away recently and to deceased members of the club. He then welcomed the members and wished them an enjoyable and successful season ahead.

The two captain, Robbie Meany and Annette Finn unfurled the club flag and raised it high on the flagpole to symbolise the official opening of the Summer bowling season 2019. The flag was then lowered to half mast as a mark of respect to Margaret Meehan who died unexpectantly this week.

The two captains rolled the symbolic first woods of the season and the President presented a bouquet of flowers to the Lady Captain. The Hon. Secretary, Anne Fitzgerald made presentations to the President and Captain Robbie.

On conclusion of the official ceremony, some hardy members formed three rinks and played in a bowls competition until 5.00pm. The weather was extremely cold.

Afterwards in the Bar, President Peter presented a cheque for €1,100 to Philip Kelly and other members of the Dundrum ARCH Club. The cheque represents the proceeds from the Open Day Charity Event held in Leinster on Wednesday 20 March 2019 in support of that charity. Charity Event-Dundrum ARCH Club.
President Peter concluded the evening with presentations to the winning team and runners-up in the bowling competition.

The event concluded with tea & sandwiches in the bar. 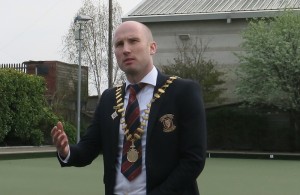 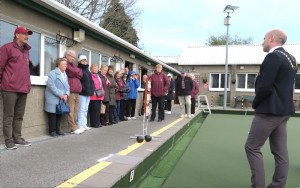 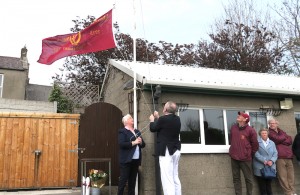 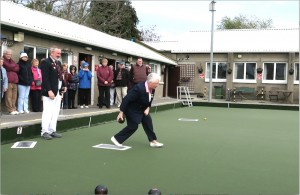 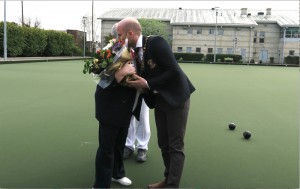 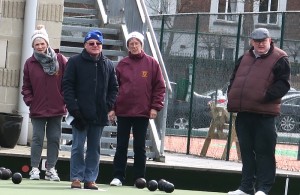 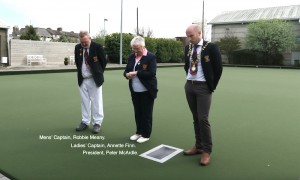 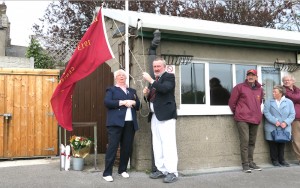 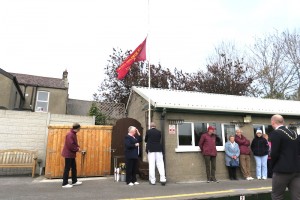 Flag lowered to half mast. 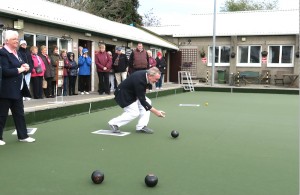 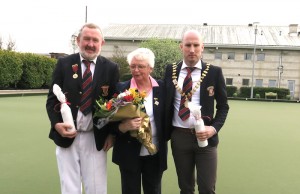 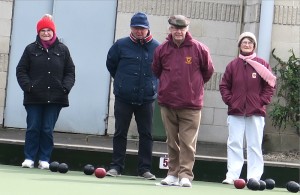 To see more photos of this event, click Unfurling the Flag at Leinster-2019.